As a small charity working internationally, ACE is very reliant on its regular donors, sponsors, local organisations and groups for its ongoing income. There are few other sources of income available to which we are eligible to apply for funding. That’s why we work so hard to ensure that every penny raised goes towards the development of Arise School. 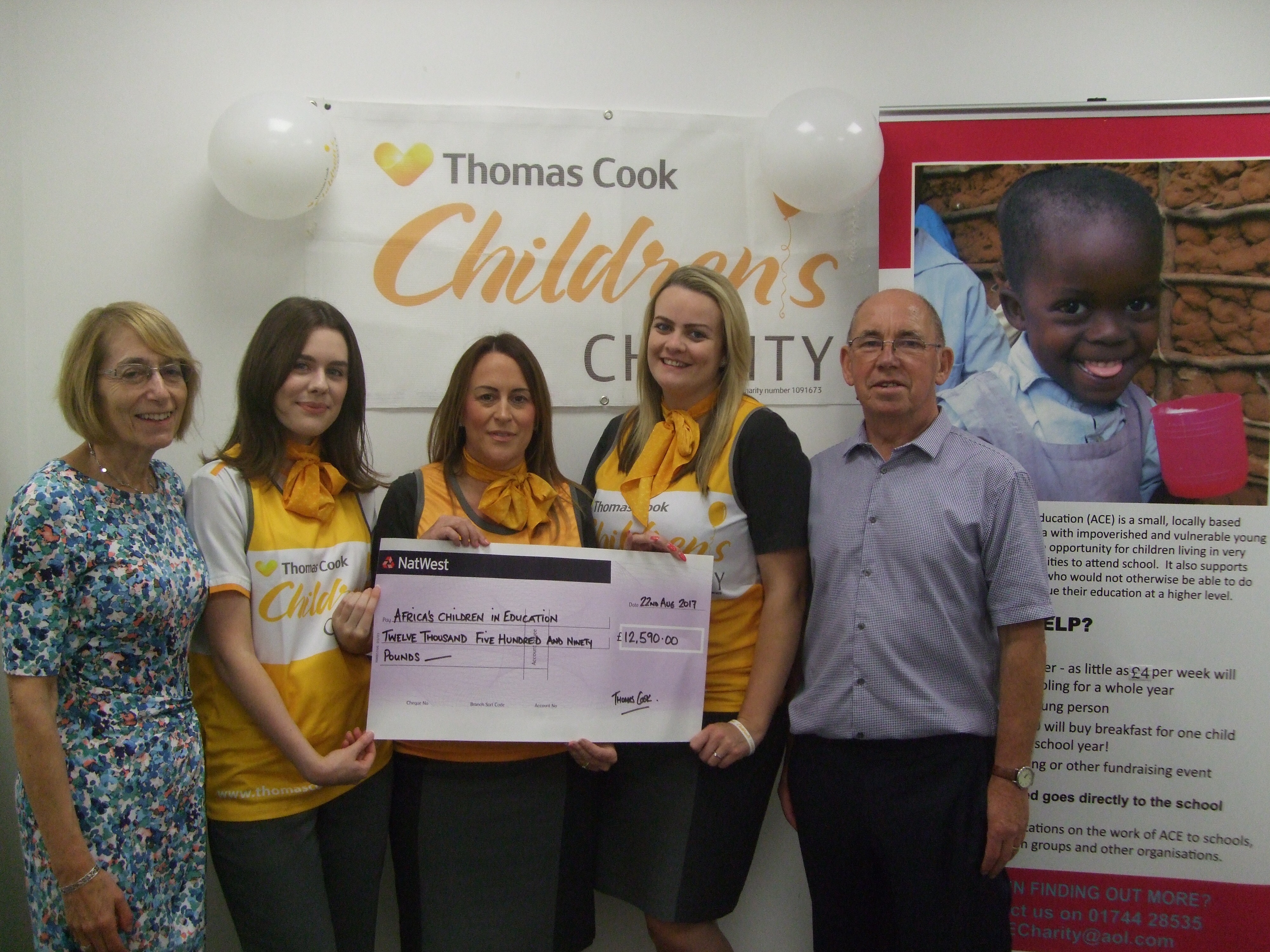 Imagine our surprise and delight to receive a phone call from the Thomas Cook Children’s Charity to tell us that we had been awarded an amazing £12,590! We had learned of the international travel firm’s Children’s Charity towards the end of 2016. The application form was detailed. It needed to be for a specific project and we needed to be able to demonstrate the positive difference that would be achieved for the children and the wider community. 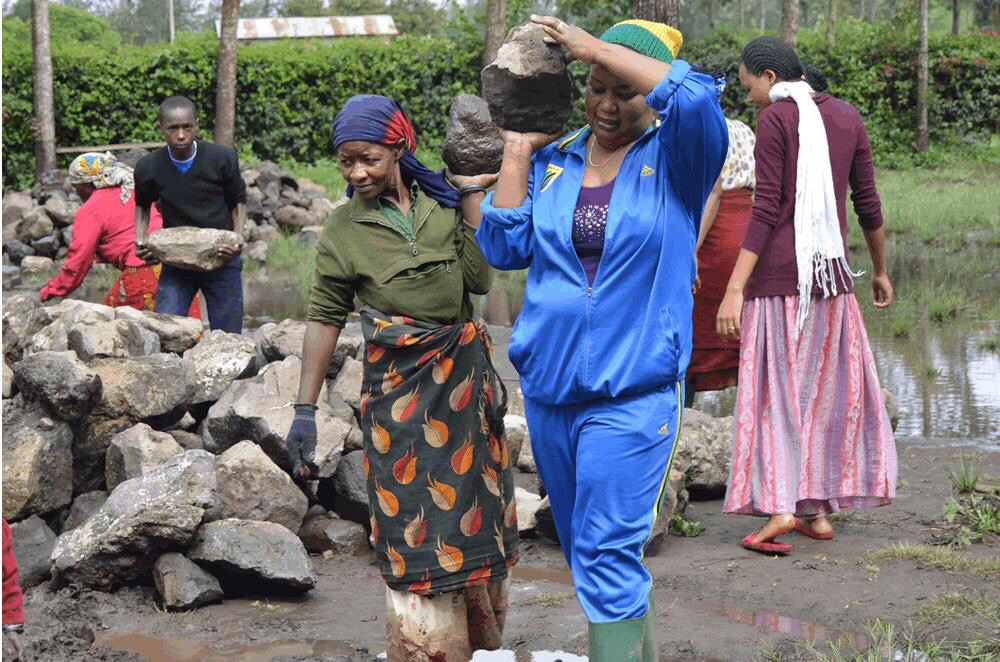 At the time, we were in the throes of raising sufficient funds to build two of the foundations for the final three classrooms. As previously, the community would donate building materials and labour for the third foundation. With that foremost in our minds, the next steps would then be to raise enough money to start building the classrooms. Hence, “Completing the Classrooms” became our project. 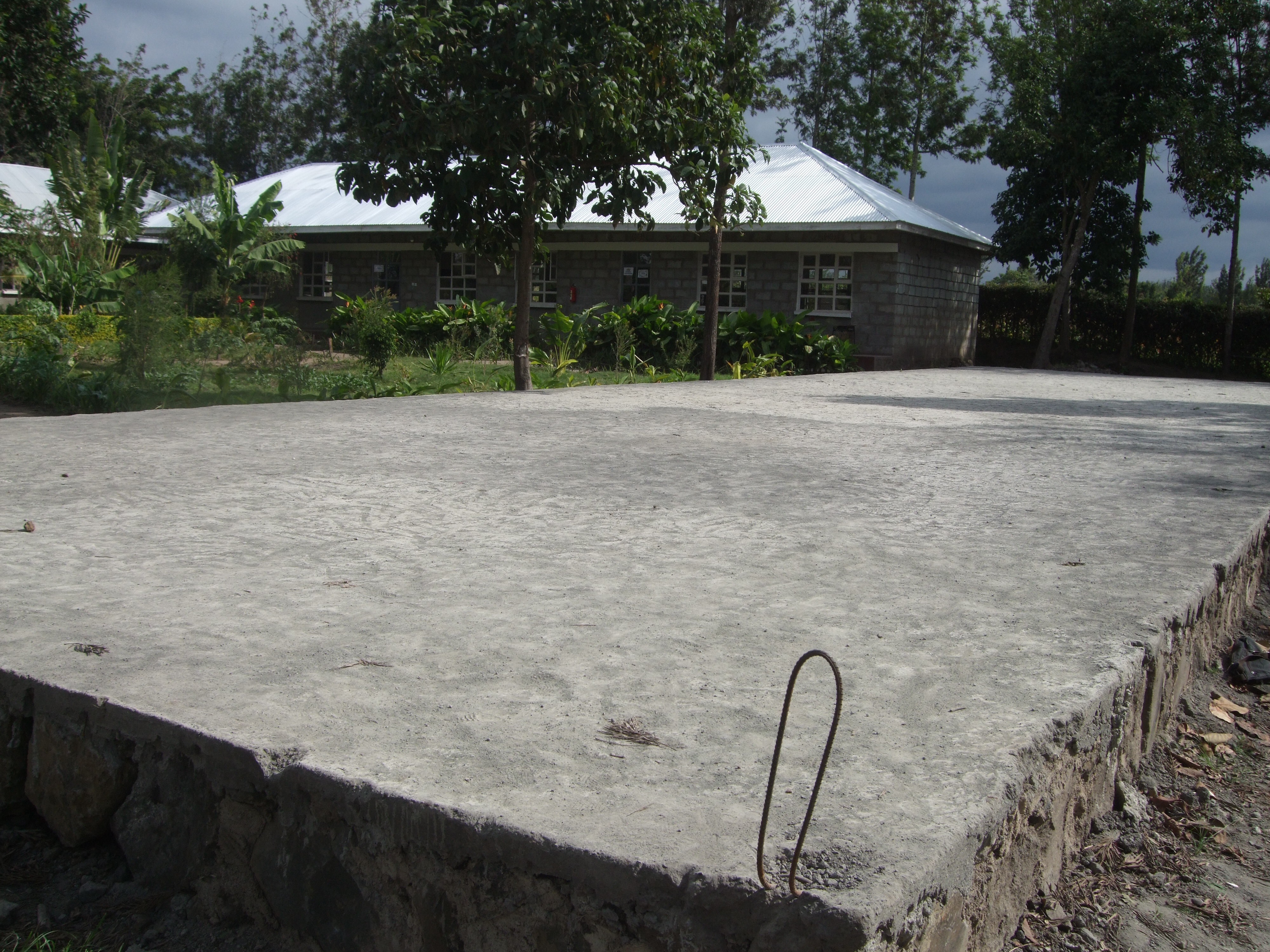 As well as a lot of information about the activities and finances of ACE, including our overheads (only 0.09% of income!), detailed costings for the building work were necessary for the application. It involved a lot of work but proved so worthwhile. The grant covers the cost of building the next two classrooms, excluding the foundations and the furniture. What a fantastic boost to our ACE finances!

We immediately sent the school money we had raised separately through our normal ACE channels for the two classroom bases to be started. Within a few days, a working party of over 60 local villagers had been formed. They worked through the weekend collecting rocks and digging the foundations. By the time we visited the school in July, all three bases had been completed! With the grant money from the Thomas Cook Children’s Charity, the walls are now already well underway.

Our first priority is to complete building one of the two classrooms ready for use at the start of the new school year in January 2018. Completion of the second classroom will then follow as a result of the grant. Whilst we will still need to raise money to purchase desks and chairs and then to complete building the third classroom, we never conceived that we would have reached this stage by now!

Without Thomas Cook’s tremendous support this would not have been possible. It will mean that another 40 children from the community will have the opportunity to start school in January. A huge “Asante sana” (Thank you very much) to the Children’s Charity from all the children and staff at Arise School for their generosity and for helping ACE to make such a difference in their lives.