The Dough Rises at Arise School

Following the success of out first “Buy a Breakfast” Appeal in the run up to Christmas 2014, since January last year, Arise School has been providing a simple breakfast to every child every day of the school year. This has been a great success and the children are always at school, patiently queuing and waiting for breakfast to be served, well in advance of its allotted time of 7 a.m.

However, as the number of pupils has increased, so has the cost of providing breakfast. The school came up with the brilliant idea of making its own “bread”. Mandazi, also known as the Swahili bun, is a form of fried bread, a bit similar to a doughnut. A typical food of the Swahili people, they are made from water, sugar, flour, yeast and milk. After the dough has risen, they are cooked briefly in cooking oil. They can either be served immediately or reheated later. They can be eaten for breakfast, as a snack or with a meal.

The task of making enough mandazi for all 172 children in the school is quite a challenging one for Atu, the school cook. It would not have been possible without the new school kitchen which has now been in use for just over a year. The work surfaces in the kitchen provide the space Atu needs to prepare and cut out the dough and, of course, she does not have to cook them bending over an open fire as she would have before. 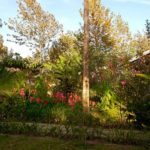 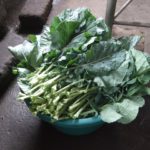 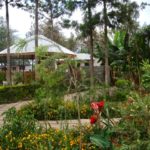 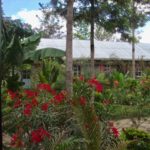 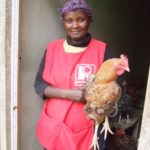 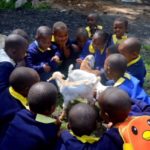 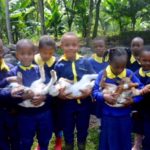 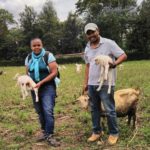 The children love eating their mandazi with a cup of tea for breakfast. Their smiles say it all. They are able to start their school day with something in their tummies. It helps them so much more to concentrate on their lessons and to make the most of the opportunity that they now have for an education.

Just £20 provides a breakfast for one child every day of the school year. Please help us to continue to make this possible by donating online now. Thank you.