Paving the way for the Rains

Arise School is on the foothills of Mount Kilimanjaro. For most of the year, the ground is hard, dry and dusty. However, when the rains do come, the water does not soak into the ground, rather it lays on top and forms a layer of mud. When there are 209 children bringing mud on their shoes into the classrooms the problem is exacerbated.

Over the past few weeks, the local fundis (workmen) have been making paving flags and then laying them on the paths around the school. They leave a 5cm gap between each paving flag, fill the gap with soil and then plant grass in the spaces. This will ensure that the flags become secure. The paving also prevents the children taking the mud into class with them! 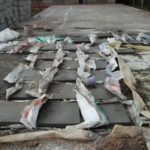 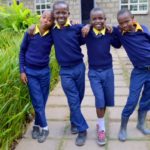 This year, Tanzania is expecting a very poor harvest. The “long” rains, as they are known, normally start about the end of March. By now, the crops should have been fully harvested. However, due to the rains coming later than usual this year and lasting longer, the farmers are just sitting and waiting and hoping!

When the rains did come this year, most of the maize and beans that had been planted in preparation had perished. The extra long rains mean that what few crops survived are still waiting in the fields for a little sunshine to ripen them. Once again, in this already impoverished community and in spite of their efforts to prepare the land, the families of the children at Arise School are going to be living a hand to mouth existence.