“From Dream to Reality!” In less than three years………

As Ron prepares for his next trip to Arise School on March 16th., we are looking back at a video of the school that we took when we were there last November. The impression we both left with was then how much had been achieved in less than three years.

In January 2013, the school opened with just one classroom. We recall vividly Frank and Ron, with great excitement, opening the door and going into the classroom together for the first time just before it was completed. Then, a few months later, we visited just after the very first intake of eleven children had started. How happy they looked! How the school had grown when we were there nearly three years later last November!

By then, it was no longer one classroom in a field. It had become a “proper” school – three classrooms built and in use; a fourth almost ready for the new intake of children in January; the school kitchen, no longer an open wood fire but a properly constructed building protected from the elements; a toilet block and a new site identified to build more toilets for the increasing number of children; the first “intake” of chickens in their newly built coop to provide eggs and, eventually, meat. Along with brightly coloured tropical flowers and lush green foliage, papaya and mango trees flourish in the school grounds, yielding fruit to supplement the children’s meals and giving the school and its environment an established air.

Arise Community School has gone “From Dream to Reality” in such a short space of time.
Yet, as always, we know that Ron will return from his trip with a long “to do” list. There is still so much more to be done to fully achieve the dream – a full primary school for this rural and impoverished community. There are still so many children in the village who do not have the opportunity of an education.

Please help us to continue to make their dream of an education come true by donating on line now. A small amount can make a huge difference to the lives of these children and this community. Thank you. 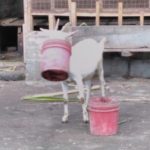 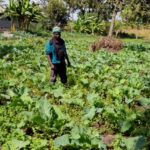 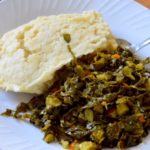 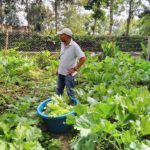