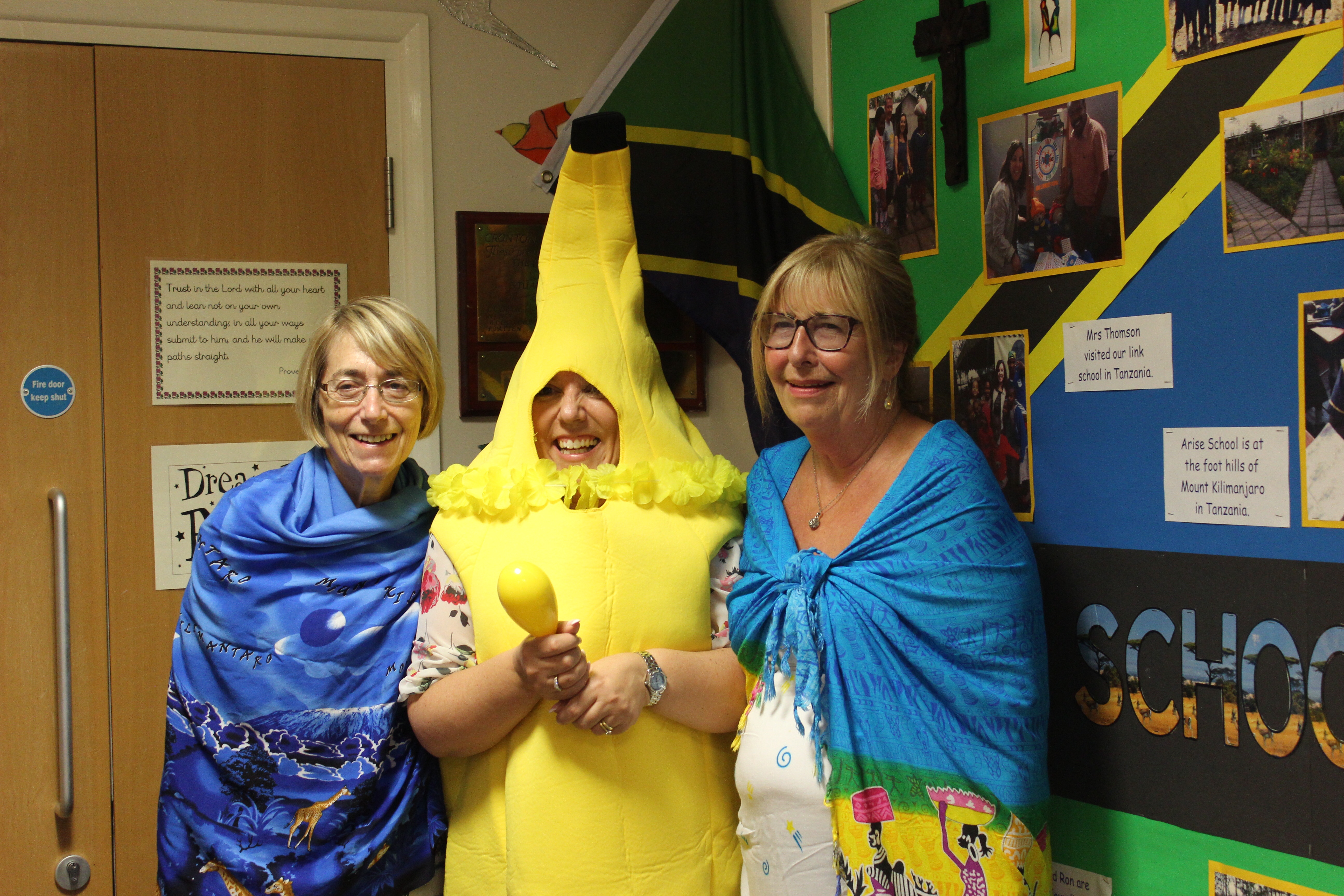 Since early 2015, the pupils, families and staff of Cronton Church of England Primary School have been amazing in their support of ACE. They have engaged wholeheartedly in raising money to help build Arise School. In July, before breaking up for the school summer holiday, once again, the children set about fundraising for ACE. 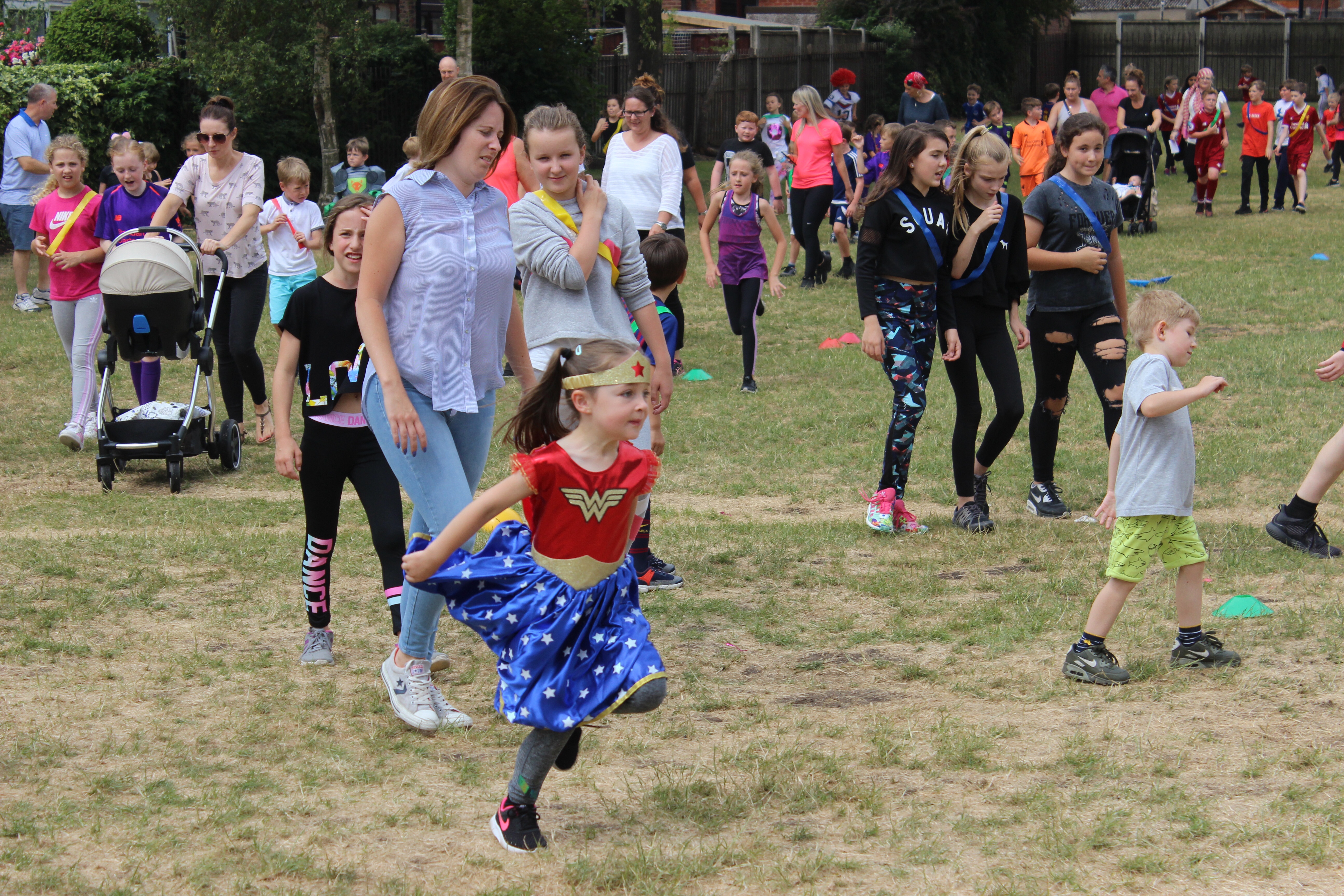 Back in October 2017, through their Harvest collection, Cronton pupils raised the amazing amount of £720 towards the ACE Well Appeal. After listening to a presentation and learning that the well was now built, the children decided to support Arise School in its efforts to become self sustaining. They decided that they would like the proceeds of their new fundraising initiative to go towards purchasing goats. The goats would provide milk for the pupils at Arise with any surplus being sold locally. 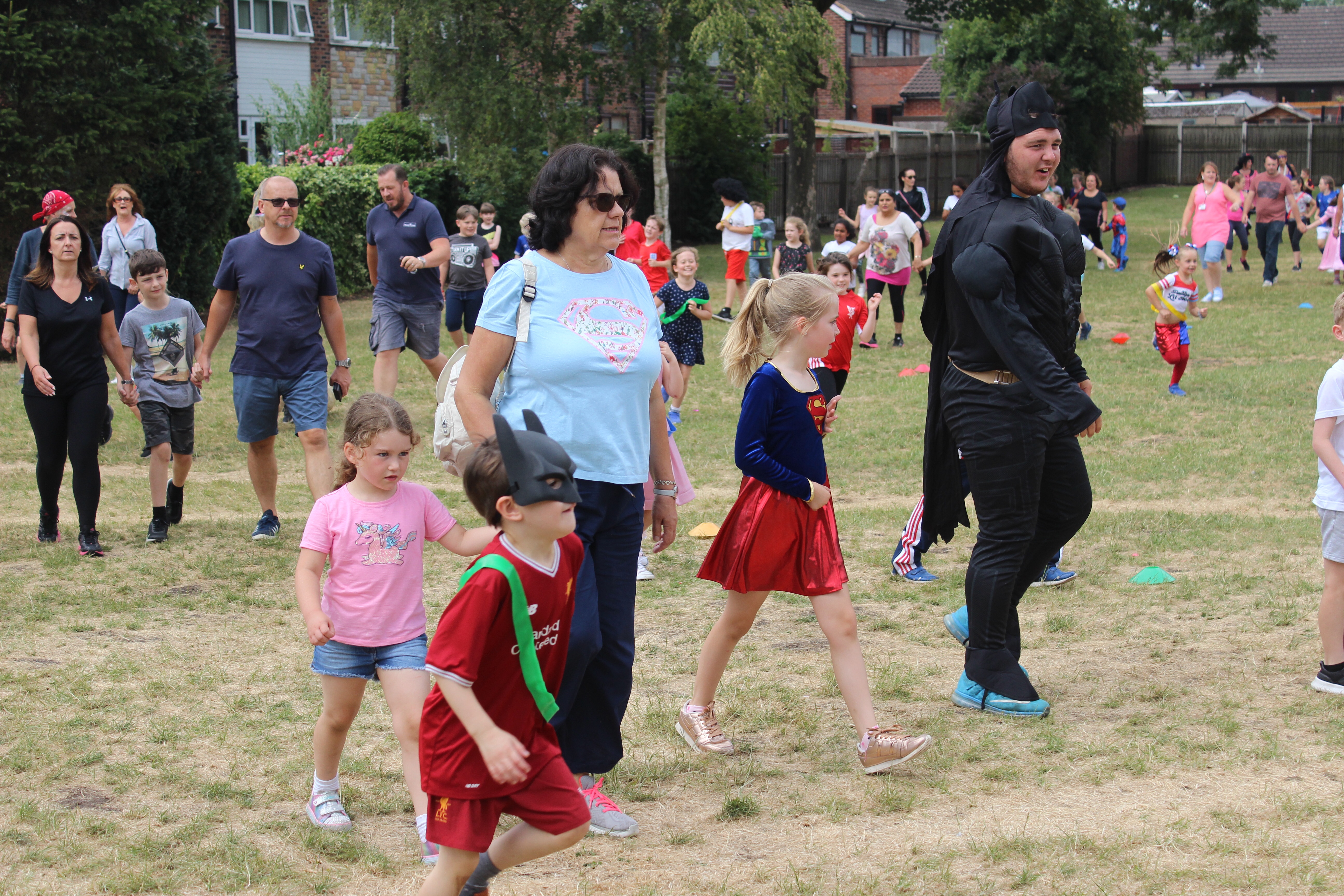 A sponsored Family Fun Run around the school playing field was planned for Friday, 13th July. Both pupils and their parents were encouraged to be active by taking part in a mass warm up at the start and then either walking or running round the playing field for half an hour. Fancy dress was optional. As always, Mrs Thomson, the Headteacher, fully embraced the occasion by dressing as a banana! 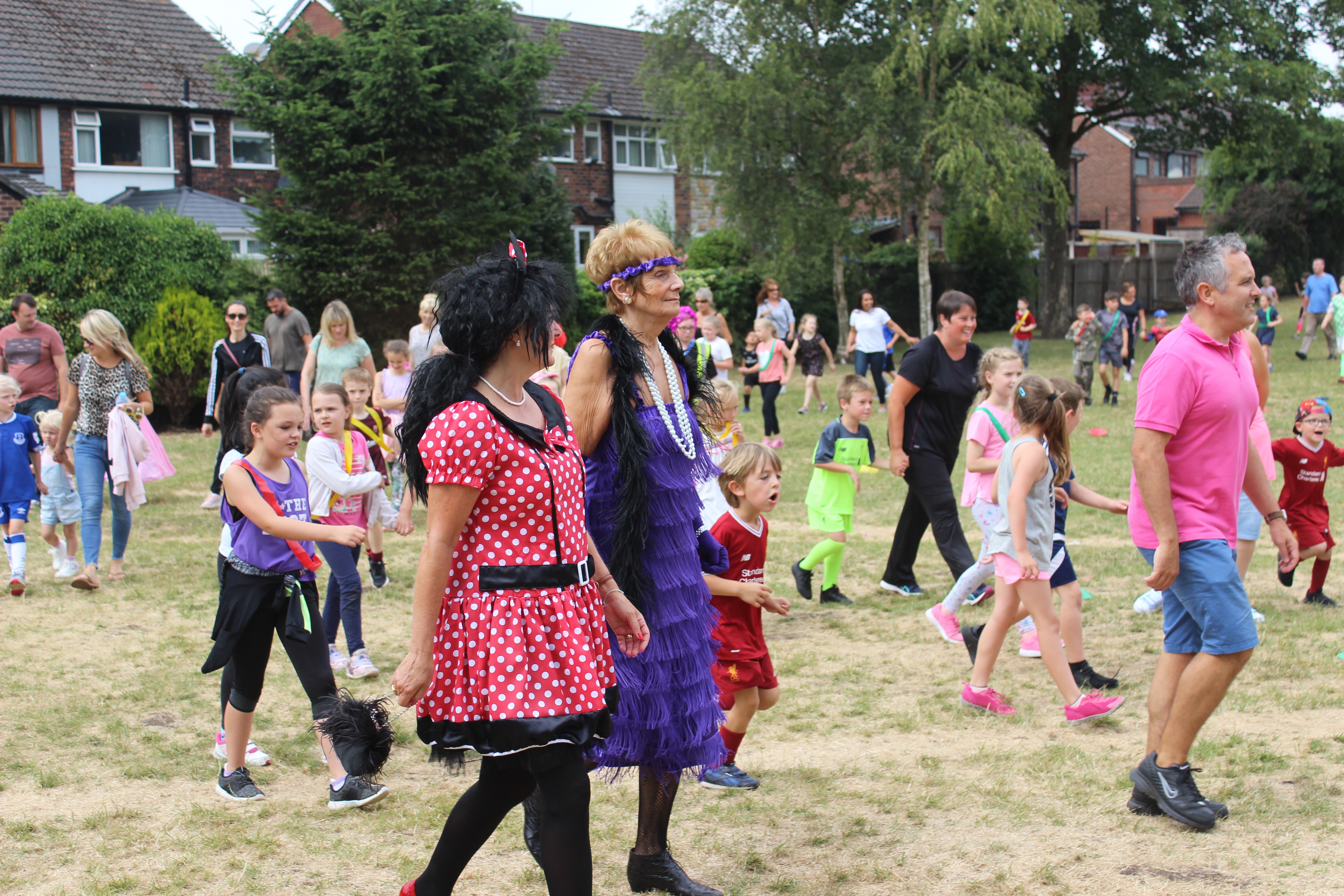 Unfortunately, after all the good weather this year, it rained immediately prior to the event and the field was too wet. Instead, the children spent the morning enthusiastically exercising in the school hall. By lunchtime, the rain had dried up and, undaunted by all their morning activity, the Fun Run took place, as originally planned. The children put their hearts and souls into it. They must have been exhausted by the end of the day.

In addition, Year 5 pupils organised a stall selling refreshments and crafts. This proved very popular and raised a fantastic £135 towards the staggering total of £2,084! We were overwhelmed to learn the final result. 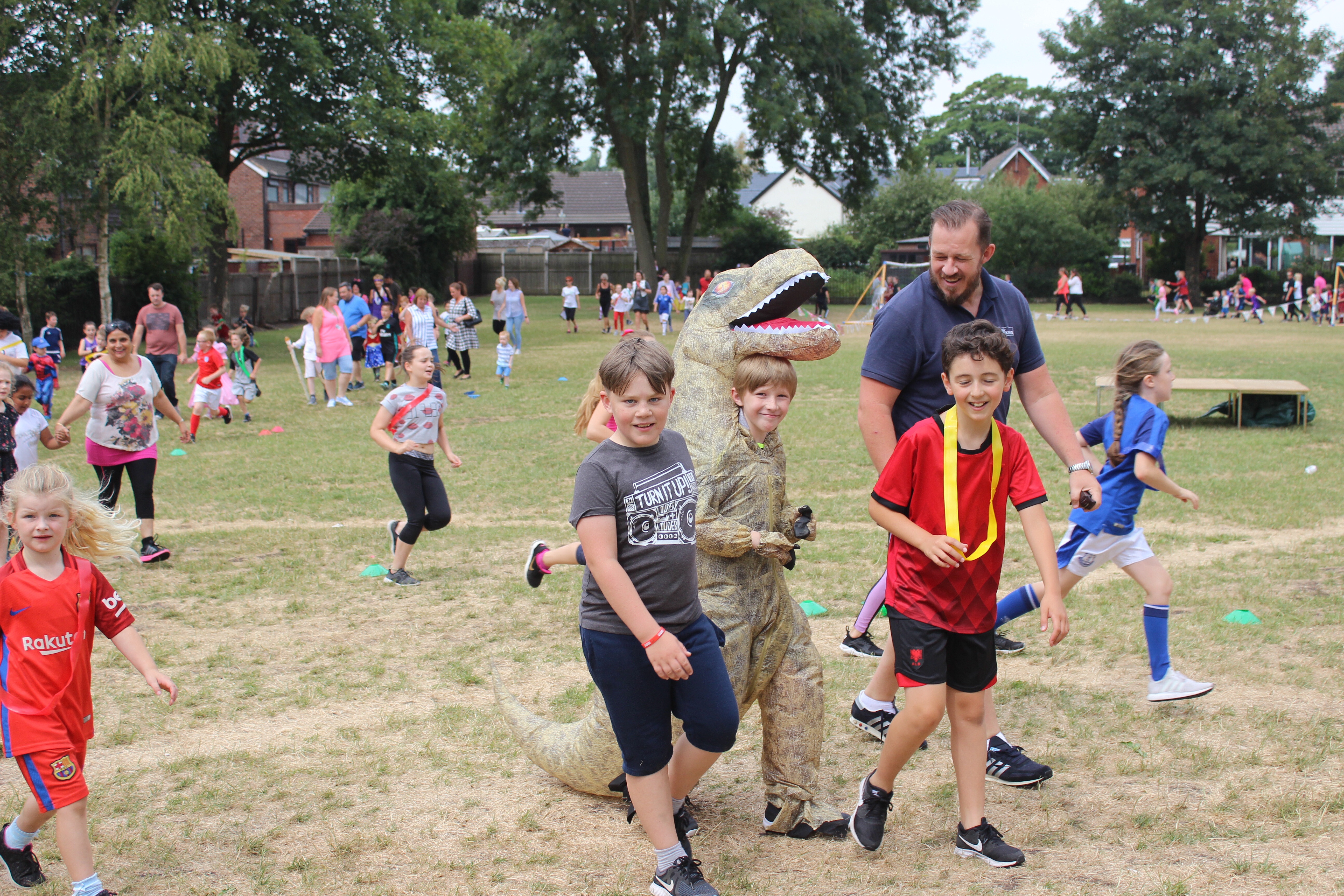 A massive “Thank You” to all of the children, their families and the staff for their brilliant efforts to raise such a fabulous amount. Yet again, you have come up trumps and made it possible for ACE to do so much more for the children of Arise School