Chicago! Chicago! – The Opportunity of a Lifetime!

Many of you know that, through ACE, we support a number of individual young people to further their education at a higher level. They are all from very impoverished circumstances and, without our support, this would not be possible. We hope you read the recent blog written by Dorice, one of these young people, about what this means to her.

Another of of the young people that we support, Annastasia, is now in her final year at Dar es Salaam University where she is pursuing a B.A. In Sociology. We first met Annastasia during our initial period of volunteering in Tanzania during early 2008. Thrown onto her own resources, two years later in 2010, we decided to support her in order to enable her to complete her secondary school education. Her ambition was to go to university. Impressed by her motivation, when she successfully graduated from sixth form, we undertook to meet the costs involved.

Last year, at the end of the second year of her degree, Annastasia had to undertake a period of fieldwork research as part of her course. Along with three fellow students, she was given the opportunity to do this on behalf of the University of Dar es Salaam as part of some research that they had been commissioned to do by Northwestern University (NU) in Chicago, USA.

The health related research was undertaken in a rural area of northern Tanzania over a 5/6 week period. The four Tanzanian students joined up with seven students from NU, and, under the supervision of an American professor, they jointly carried out the research in three different rural communities. It proved a great experience for Annastasia, not least living and being part of a multicultural group for the period. 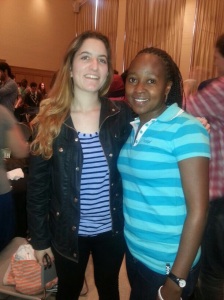 But there was more to come! Shortly after she had settled back to her final year studies, Annastasia was invited to apply for a place to participate in the “Global Engagement Summit (GES)”, an annually held, five day Conference in Chicago. The event is student led -founded, organised and run by a team of NU undergraduates.

Its purpose is to build the capacity of the next generation of global change makers by bringing together delegates, from both developed and developing countries, and NU staff members. Through workshops, critical discussion and community building with their like minded peers from all over the world, the students are helped to understand the challenges and opportunities and to develop their skills and resources to participate in change based projects. 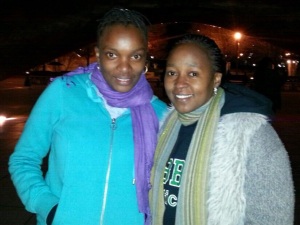 Imagine Annastasia’s excitement in being selected for a place on the GES as she prepared to travel to Chicago over 13,500 kilometres from the small village on the slopes of Mount Kilimanjaro where she had been born and brought up in poverty by her grandmother! With financial assistance from NU and the help of fellow students, she was not only able to participate in the Conference but, also, explore the sights and sounds of Chicago itself.

After this opportunity of a lifetime, Annastasia returned to Dar es Salaam last weekend to prepare for her finals at the end of June. Needless to say, her time there exceeded all expectations. When asked what she missed most about Tanzania whilst away, she came up with “the sun, my studies, home cooking, chicken and chips and ugali” (a type of rather bland maize porridge that is widely eaten as a staple in East Africa) 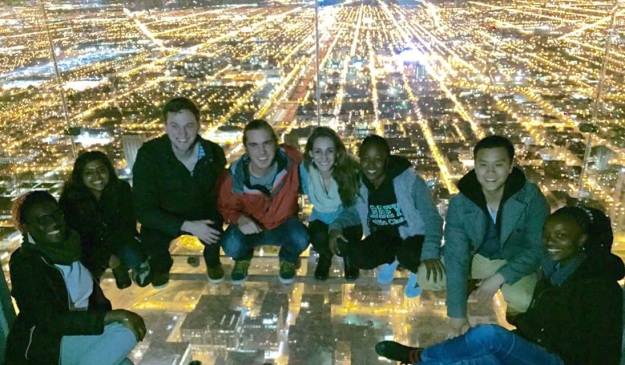 Please help ACE to give more young people the opportunity to continue their education. We welcome all donations or offers of sponsorship for individual young people- contact Ron and Sue @ ACECharity@aol.com. Please note that all other donations, including through our website, go toward the development of Arise Community School, our primary project.