Birthday Picnics in the Park raise over £1,700 for ACE! 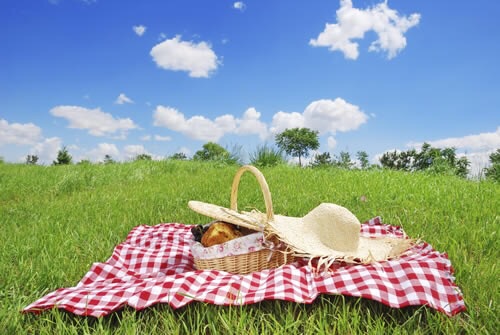 Sue Woodcock is a very close family friend and has been a great supporter of our work since we first went to Tanzania in 2008. Sue originates from Bury but now lives in Harpenden. Last Sunday, Sue celebrated her 70th birthday. Instead of presents, Sue decided to ask for donations to ACE by holding two picnics for family and friends, one in Heaton Park, Manchester, and the other in Rothamsted Park, Harpenden. Sue writes……….

“It is two days since I held my second picnic in the park, as a fundraising event for ACE, and I am reflecting on both events. The idea for such celebrations came when I was staying with Sue and Ron, musing on the forthcoming 70th birthday and deciding there and then that, instead of pressies, I would invite family and friends to donate to ACE.

So far so good but then came the harder work…..to set up the My Donate Page, to sort out dates and venues and to send out the invites!
Saturday August 15th was the day chosen for Heaton Park and, although it was grey, windy and rainy in the morning, the sun shone brilliantly all afternoon. There was an excellent turnout – children, adults and the dog! We were close to the children’s playground and the stop for the train. Yummy food, plenty to drink, music provided by cousin Lawrence and the toast by brother Pete. Graham was an excellent MC and Sue gave a brief introduction to ACE.
Last Sunday, the picnic in Rothamsted Park was actually on my birthday and another excellent occasion. Sadly, the sun didn’t shine but the rains held off……just. Another good turnout, another fabulous spread of food, another amazing cake and music of my era played by Edgar. Mike was another great MC and my sister in law, Ann, did the honours of the toast and also read a piece from Sue on ACE. She did this with much feeling which elicited some exceptional donations.
To date, we have raised £1,700 plus which will provide tables and chairs for the fourth classroom……a truly amazing response from family and friends. One sponsor so far, with one or two more in the wings – another excellent outcome.
I am delighted to be able to help Sue and Ron……they inspired me to do a stint in Tanzania and their commitment and passion for the children and young people is inspirational.

Here is a photo of Daudi – the young boy I sponsor…….no more to be said!” 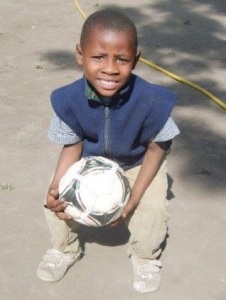 We are indebted to Sue for both her amazingly generous and kind gesture in asking for donations to ACE in lieu of birthday presents and for all the hard work and effort that she put into organising the picnics and making sure that everyone had a great time. We would also like to say a huge “thank you” to all of Sue’s family and friends for their fantastic generosity and support which has raised enough money to buy desks and chairs for the fourth classroom!

We hope that the classroom will be finished and ready for use in January 2016 but we still have some way to go. Please help to make it possible for another 35 children to have the chance of an education by donating now towards completion of the classroom. Thank you.