Whilst at Arise School recently, Ron was able to visit a couple of Government schools in the company of the local District Education Officer. They went by land cruiser up the hillside of West Kilimanjaro. Although one of the routes used to climb Africa’s highest peak, this is an area often overlooked in the rush to climb Mt Kilimanjaro or to visit the northern safari parks. The land is fertile, yielding potatoes, carrots, wheat, barley and onions. In the distance, both adults and children could be seen working hard in the fields.

The aim of the trip was to see the differences between Government owned schools and those, like Arise, that are privately owned. Two schools were visited, Lemosho Primary School and then nearby Mwangaza Primary School. 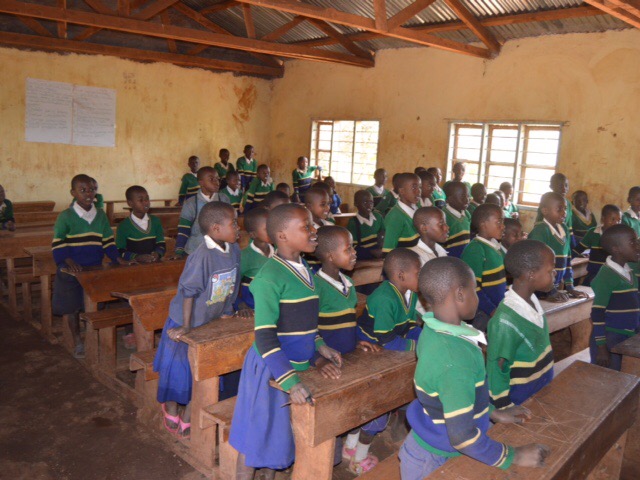 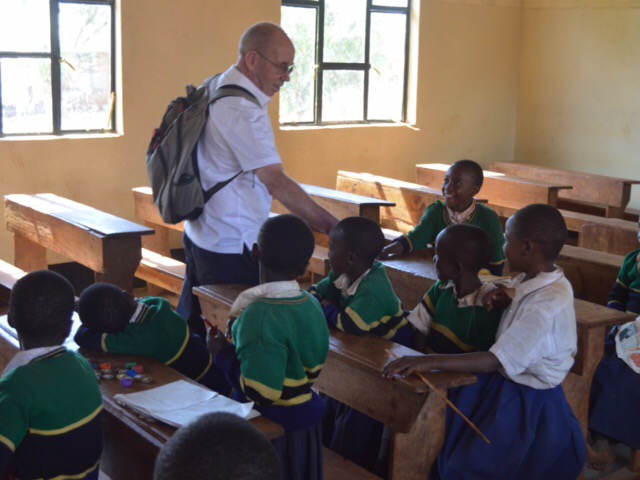 Lemosho School dates back to 1979. Originally located in the forest hills, it was built of wood at a time when sand, cement, bricks and mortar were still inaccessible because of the terrain. As a result of deforestation, in 2004 the school was forced to relocate in the village of Lemosho. Mwangaza School was started in 2004 to assist Lemosho in providing education to children in the community.

Given the distances from home to school, attendance is something of a challenge. Many of the pupils walk 6 kms a day! Lemosho now has approximately 1,200 students, ten teachers and seven classrooms. Only the most recent are brick built. Mwangaza has about 1,100 students, seven teachers and eight classrooms. 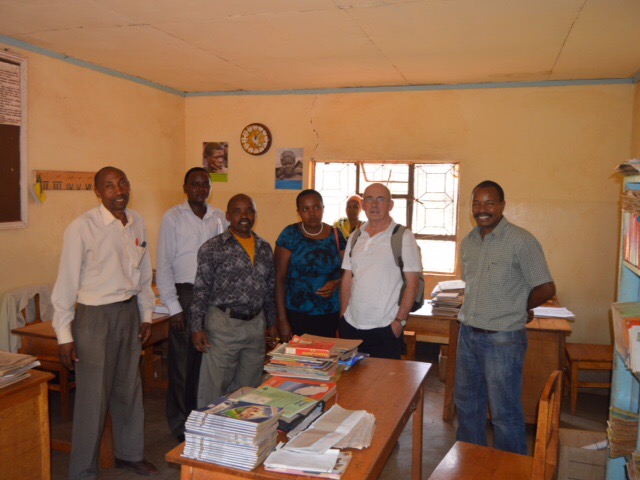 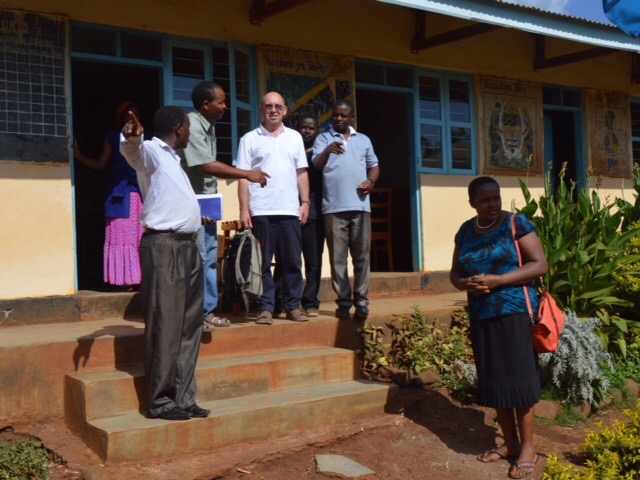 The teacher: student ratios of the two schools clearly show the enormity of the task facing the teachers there. Compare that to Arise School where the aim is to have a maximum of 35 pupils per class. What a difference between the schools!

There are also very big differences in the infrastructures and surroundings of the respective schools. In the Government schools, a huge amount of renovation and maintenance work is needed. There is such a visible contrast in the external environments, too. The Government schools are bare as a result of deforestation in the area and the constant sand storms whipped up by the wind. Arise School is eco friendly. The grounds are filled with green, eye catching plants and tropical flowers which provide a pleasant and supportive learning environment for the pupils.

The trip was quite a learning experience and provided much food for thought. It highlighted just how many challenges the Government operated schools throughout Tanzania face. More classrooms and teachers are desperately needed to drive up performance levels and enable the country’s children to have the education they deserve. Not least, it reinforced the need to help the Arise pupils appreciate their learning opportunities and the need to make the most of them.