The excitement of the celebration over, there were still a few important things to do in the next few days at Arise School. 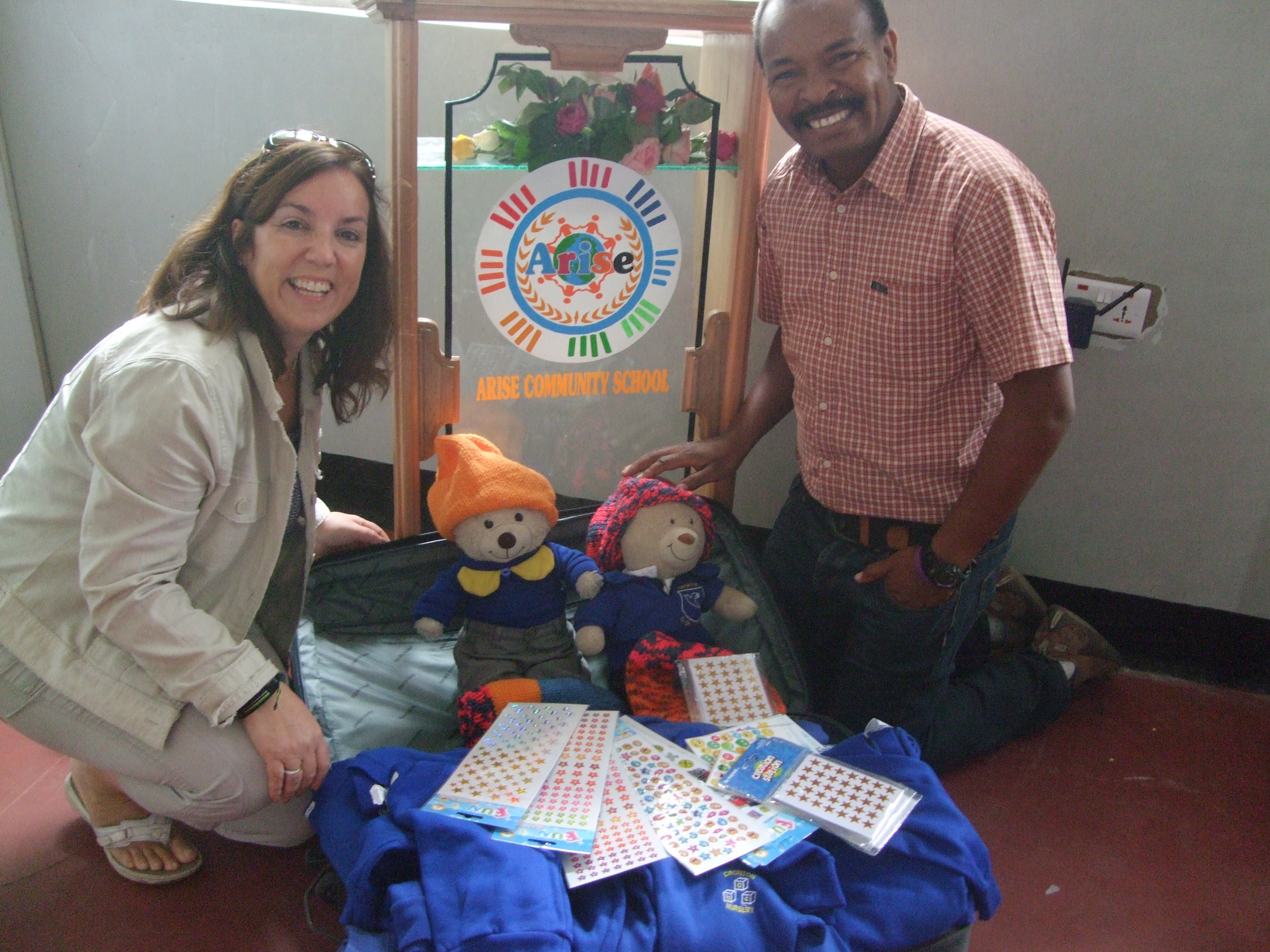 All those bulging suitcases needed to be unpacked! Between us, we had managed to take out so many donated items – dozens of shoes from the children of Cronton C of E Primary School; dozens of books from the pupils at Rainford C of E Primary School; many more books, shoes, clothes and toys donated by the children at St. Margaret Ward Catholic Primary School in Trafford and those in Class 2SH at Oswald Road Primary School in Chorlton, Manchester. There were also more shoes, clothes and toys donated by individuals and sports equipment from West Park RFC that was very quickly in use. Not least, Barnaby Bear and companion were soon sporting their new knitted hats! 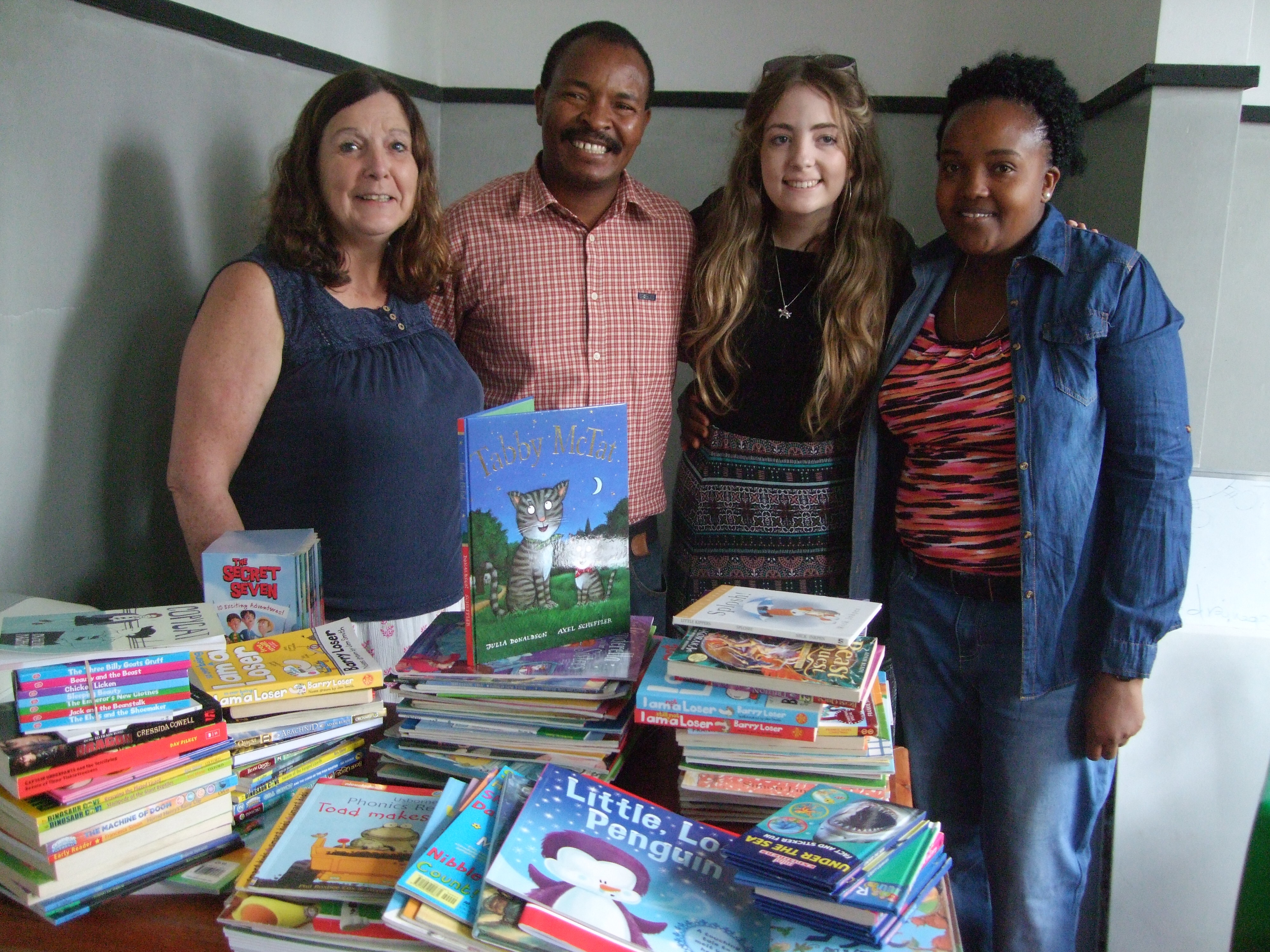 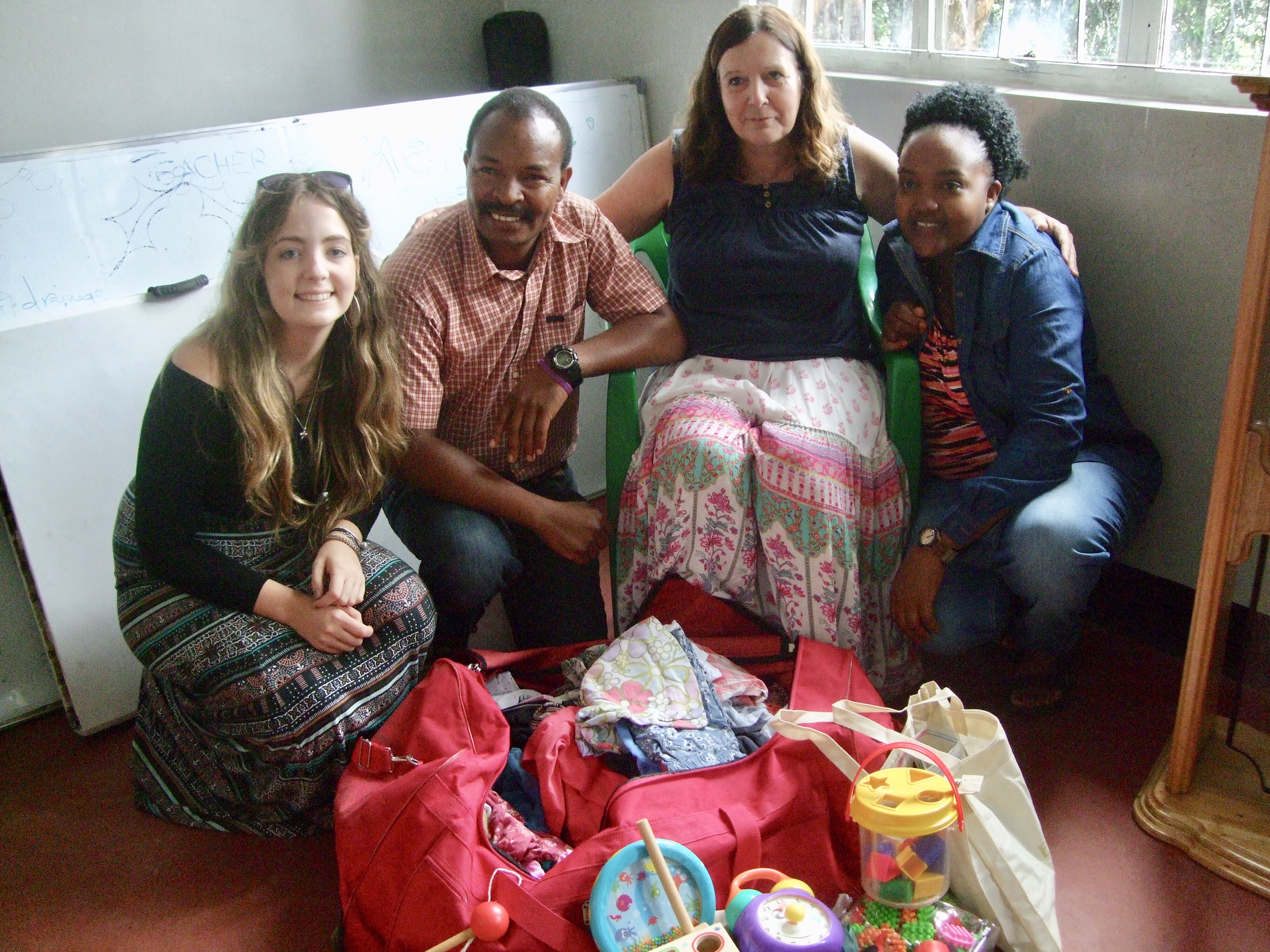 The Cronton students had written letters to the Arise pupils telling them a bit about themselves and the things they enjoyed doing. Letters were written in return. They had also recorded a short video of themselves singing a song. Mrs. Thomson, their Headteacher, who was part of our group, taught the song to the Arise pupils. They learned it extremely quickly and translated it into Swahili! 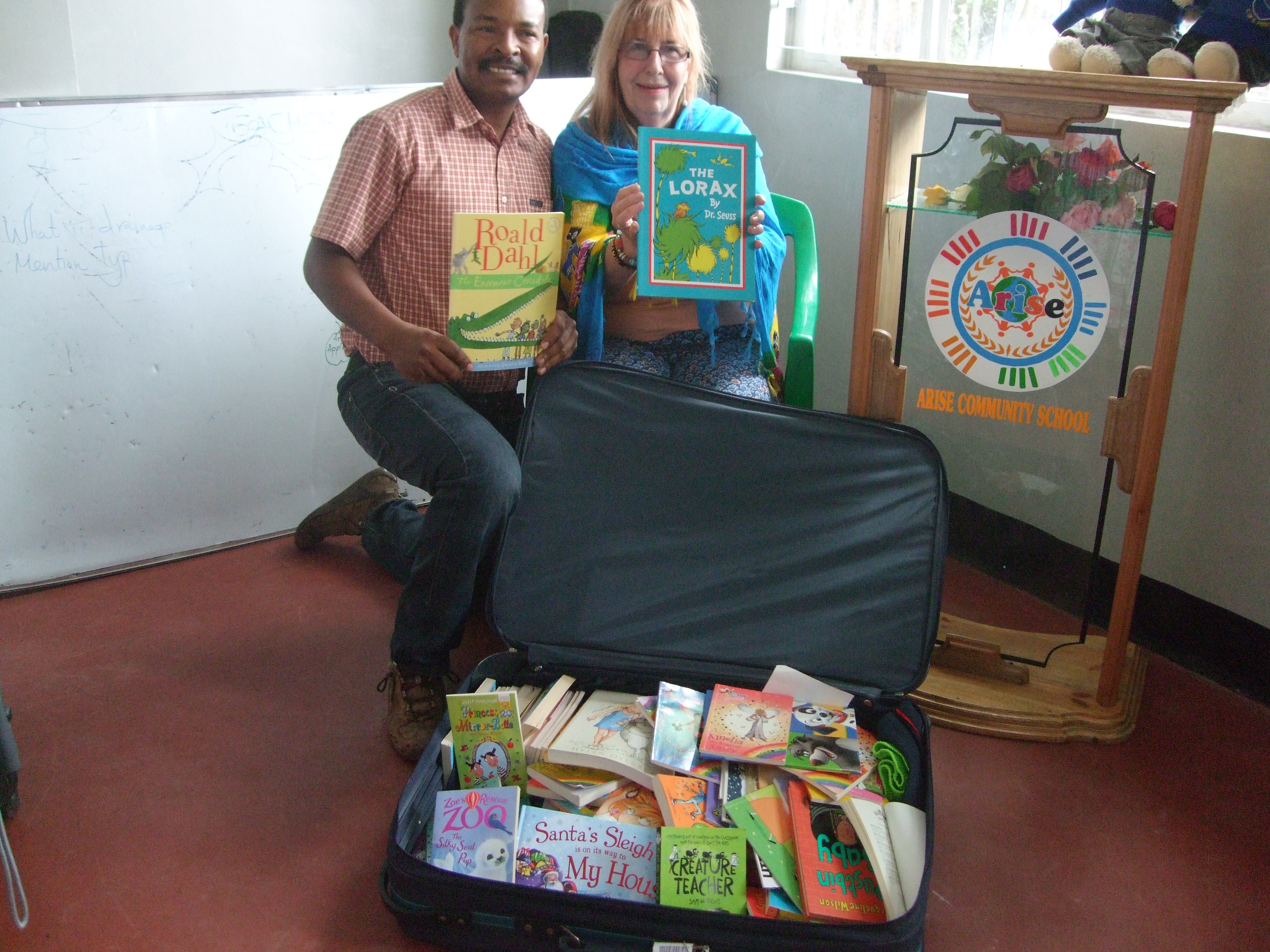 And then there was something very special. The Arise pupils were asked to name Barnaby Bear’s companion. They chose the name Upendo which means “love” in Swahili. Sadly, the bears were then separated. Upendo returned with Mrs. Thomson to be with the children at Cronton School whilst Barnaby has stayed in Tanzania with the Arise children. 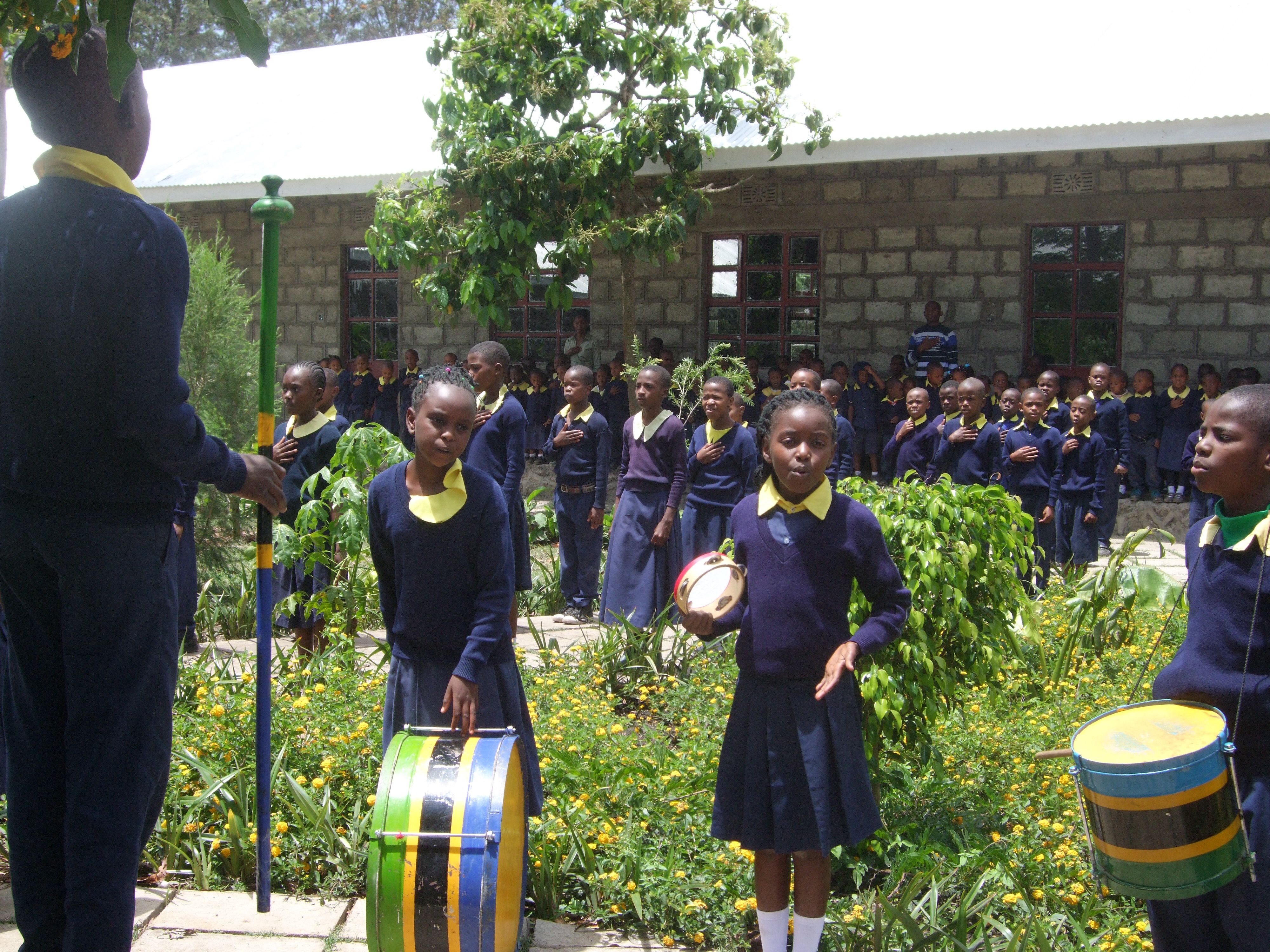 Finally, the Arise students gathered to sing one last time for us, accompanied by their percussion band. Once more, the atmosphere was amazing and we were all touched by the emotion of the situation. Thanks to modern technology, over 5,000 miles away, the Cronton pupils, assembled in their school hall, were also able to be part it. It was certainly a very special ending to what had been a very special occasion!