Arise Community School Sponsorship Scheme: “……there is no better place to invest your money”

This week’s blog is written by Beth Robertson, now in the final year of her degree course at Newcastle University. Beth, with two fellow students, recently volunteered at Arise School.

“This summer I was lucky enough to be able to go to visit Arise Community School and visit all the wonderful sponsored children and their families as part of my research into how the school is impacting the local community. The parents responded to my questions full of emotion and pride as they told me how well their children were progressing and that they were already doing so much better than their older siblings at government school. They also expressed extreme amounts of gratitude for the huge amounts of support they have received from Arise in a variety of different circumstances. The only difficulty they have is trying to understand the children when they speak English – but they were more than happy to use this as an opportunity to learn some English themselves!

After witnessing the unbelievably difficult circumstances which many families lived in, I understood the importance of the Sponsorship Scheme for the whole family as it gave them a real chance of moving out of poverty. I relayed this information back to my Mum and she expressed how much she would love to sponsor a child………… 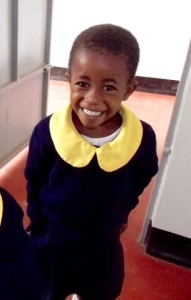 In the youngest ABC (Nursery) class, there were two incredibly adorable students who were twins – Shedrack and Grace. The two of them never left mine or Emily or Tamsin’s side. Consistently in our arms or by the door when we were teaching another class, it was hard not to fall in love with them. What was also adorable is how much Shedrack looked after his sister Grace chasing off all the boys who took any toy from her. They were also very clever little children and very sweet and needy for cuddles (which of course we loved). We expressed to Frank how much we adored them. He then told us their story. It is safe to say, it broke our hearts. 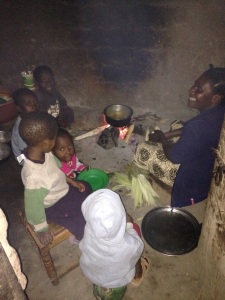 Their mistreatment in their early years meant they had to be taken in by their Aunt Atu – who was the cook at the school. We visited Atu’s house for dinner. By herself, she looked after 5 children of whom only one is her own child (two others are also sponsored) in extremely poor living conditions. Atu herself was admirable. She worked incredibly hard from 6.30 am to 7.00 pm at night cooking and cleaning at Arise School. Shedrack and Grace had, therefore, been at the school with no sponsor but sat on the waiting list. We were shocked to be told they were 6 years old as they were in a class with mainly 3-4 year olds and looked the smallest in it (probably due to their poor care in their early years).

I told my Mum about their story and sent a couple of photos and videos of them playing. Mum was so touched that she instantly wanted to help and contacted Sue and Ron to be able to arrange this. I am not sure she planned to sponsor two students but Mum felt for Atu having to work so hard and decided it was this family she wanted to help. When Atu was told the news by Frank, she came and gave me the biggest of hugs and told me to thank and welcome my Mum to Tanzania. Me and the girls then felt enormous amounts of gratitude to my Mum for securing Shedrack and Grace’s places at Arise. Not only will they now continue to develop academically, receive healthy nutritional meals each day and be able to play in a safe and caring environment, but Atu, who has worked so hard for the children, has a greater chance of a brighter future for her and the rest of the family.
I would like to take the opportunity of this blog to personally thank every person who is sponsoring a child at Arise Community School. After meeting all their families, I can safely say you are making a HUGE difference to their lives. For anyone who is thinking about whether they should sponsor a child at Arise, then, hand on heart, I can say there is no better place to invest your money. 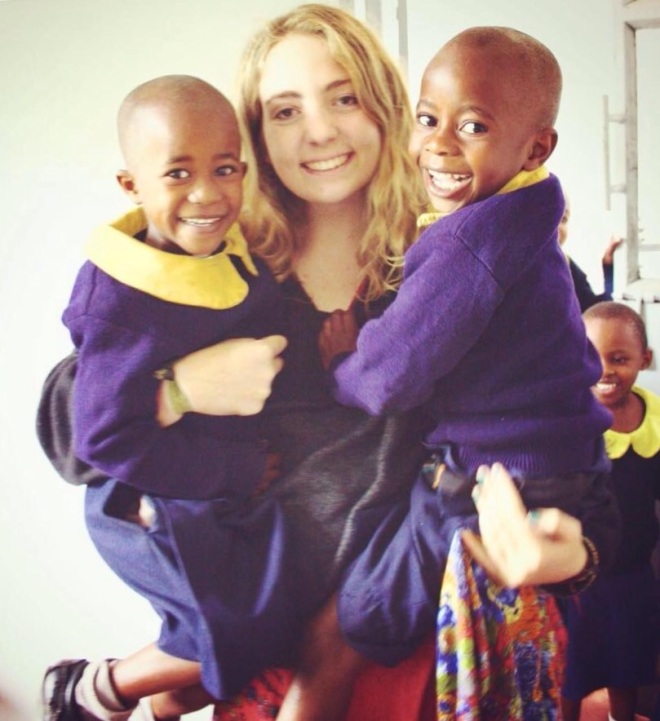 To sponsor a child costs £150 per year approximately, including all tuition costs, daily porridge and two school uniforms.