Arise Community School first opened in January 2013. Whilst we have visited on many occasions since, our visit to the school this month was unique. It was the first time that we have visited it as an official school. Only very recently we heard the excellent news that the school’s application for registration with the Tanzanian Ministry of Education had been successful. 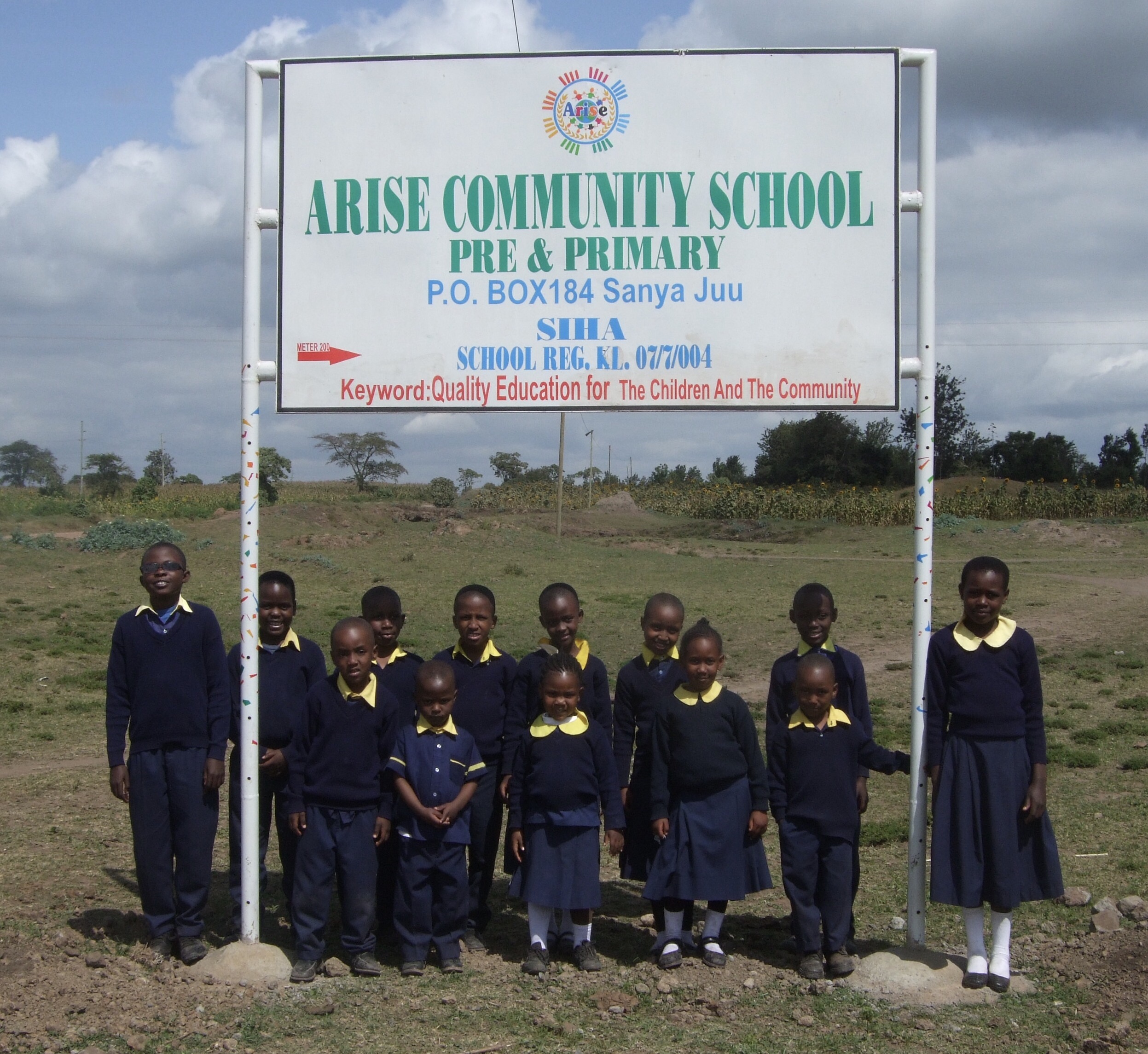 Registration was started almost as soon as the school opened. However, the process has been lengthy and drawn out with many requirements to be satisfied. Quite some time ago, all the requirements had been completed, the forms and other necessary documents submitted and we were hopeful that registration would be granted. Then the Tanzanian Government changed the rules. There were new requirements. At the end of last year, the whole application had to be resubmitted on new forms!

It was successful! Arise Community School: Reg. KL. 07/07/004 is now officially recognised as a school. Although it is a private and not a Government school, non registered schools can be closed down at any point by Education Department inspectors. 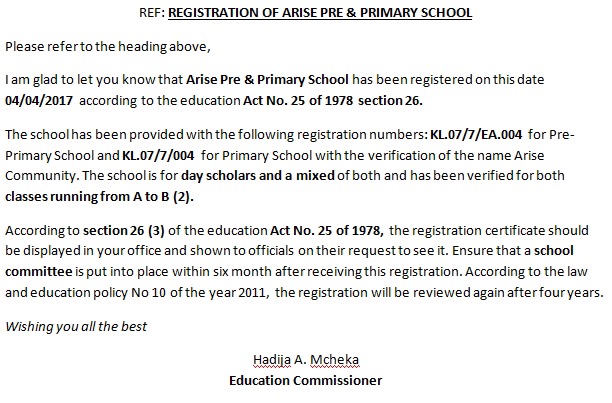 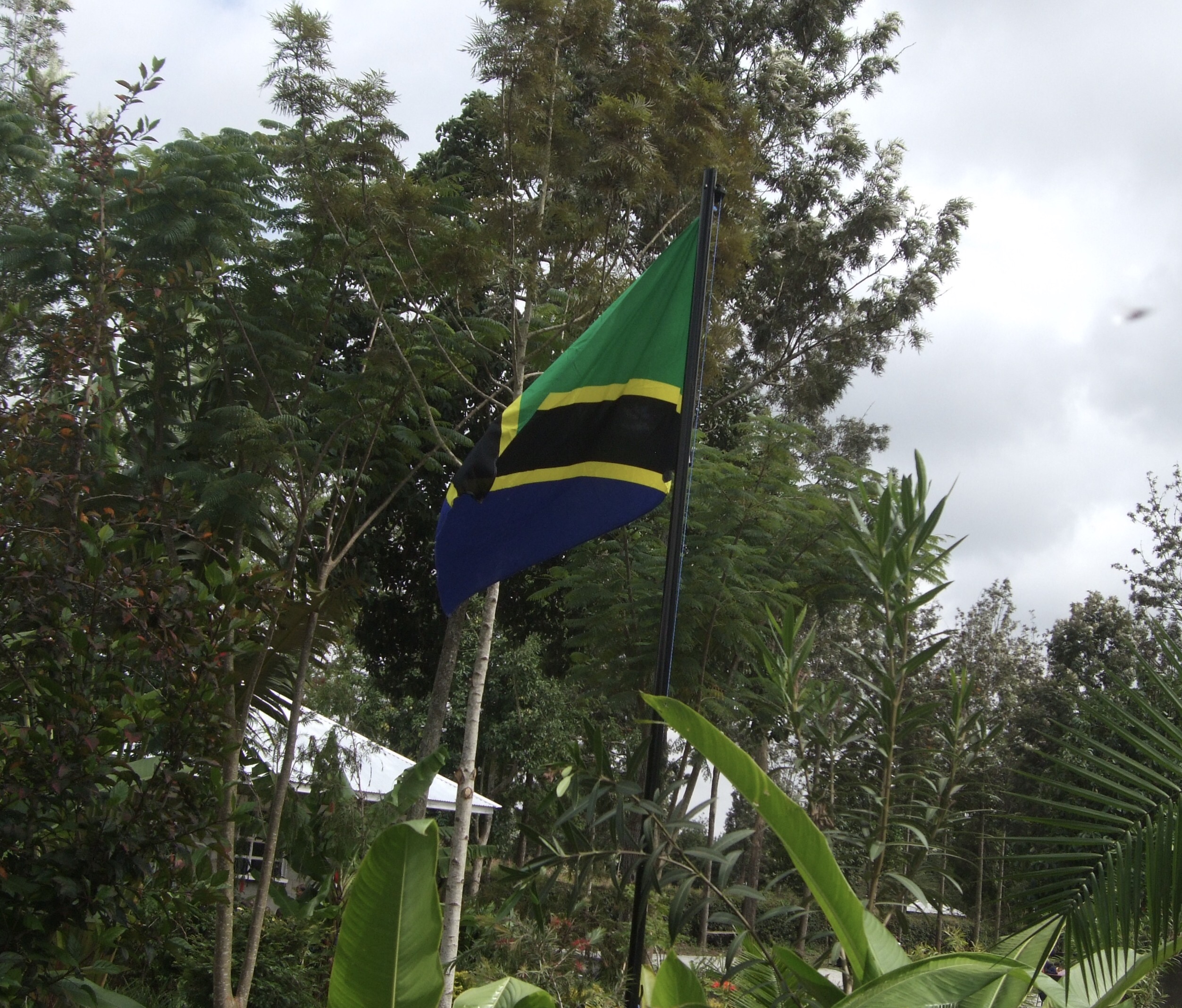 Registration permits the school to publicise itself as such by erecting a school sign by the roadside. The new sign outside Arise did not, however, seem to attract much notice from the passing cows and goats! There are also various requirements that the school must adhere to, including flying the Tanzanian flag and displaying the official photo of the Tanzanian President in the office. 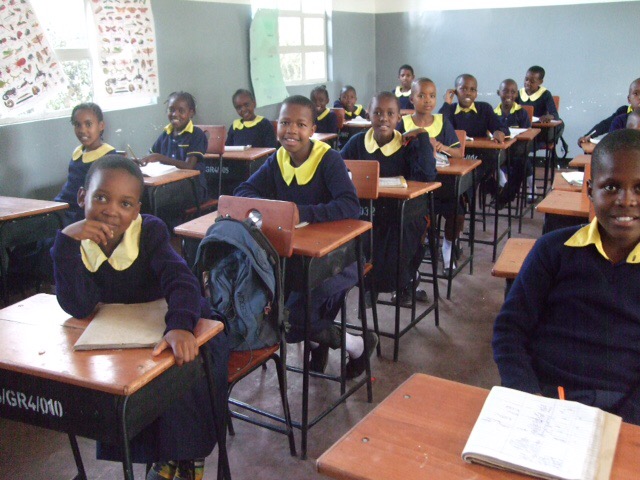 Arise School will be able to register as an exam centre in its own right for the students to be able to sit their national exams there. The teachers will be able to access training and seminars offered by the Government. Registration lasts for four years after which time reassessment takes place. We hope by then that the students’ exam results will be evidencing Arise as a centre of excellence.

Achieving the school’s registration has taken a huge amount of time and effort over the years. At a press conference held on 14th June, Robath Assey, Quality Assurance Officer for the Ministry of Education, Siha District, announced:

“This year after satisfying all required credentials by the Ministry of Education, Science and Technology, we were able to register Arise Community School which is an English medium school based in Siha District. The registration of the school is an open door of opportunity for both parents and students to take courage in studying hard”.

Many congratulations to Frank, Salome, the staff and everyone at Arise who has worked so hard locally to make this possible. A big “Thank You”, too, to all of our ACE supporters who have donated or contributed to making this possible. It is a landmark of which we should all be very proud.