A New Term at Arise School! 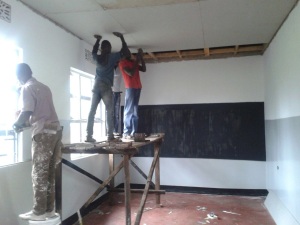 On Tuesday, Arise School reopened its doors after the Easter holiday. During the school holiday, work has been underway completing what will eventually become the staffroom. Although in use since January as a makeshift classroom, it still needed the door and windows fitting, plastering and painting. Due to the number of children, it will continue to be used as a classroom at least until the end of the school year in December.

Unfortunately, as the rainy sea

son is now well underway, attendance was not good on Tuesday. It had been raining heavily all Monday night and Tuesday morning which makes it extremely difficult, if not impossible, for many of the children to walk to school. It is also quite cold there at the moment. Although virtually on the equator, the school is at an altitude of over 4,000 feet – that’s higher than Mount Snowdon! The hats that we took out on our last trip are certainly coming in useful!

However, lessons were soon back underway and the children who were able to make it into school were as eager as ever to learn. One of the teachers, Joy, was married during the holidays. She has already resigned and moved to another region with her new husband. Newly qualified when she started teaching at the school, Joy was bright and bubbly, caring and compassionate.  She was the one who, during our September 2014 trip, asked if we could provide breakfast for the children. She was the catalyst to our “Buy a Breakfast” appeal which has been so successful. Congratulations, Joy. You will be greatly missed by both the children and staff and we wish you all the very best in the future. 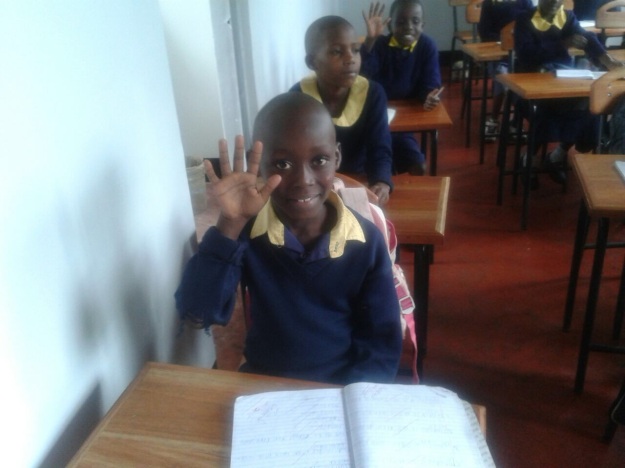